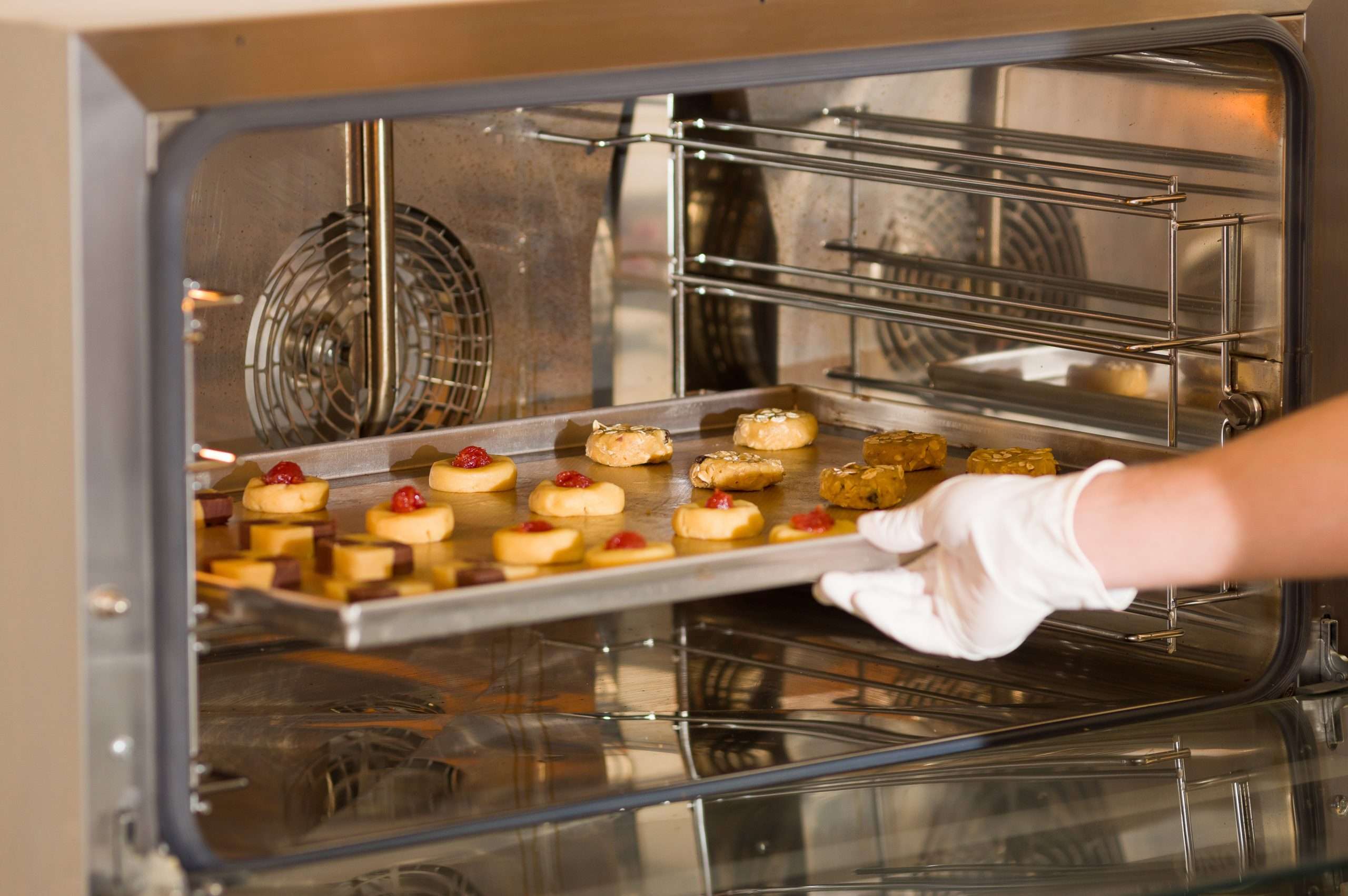 What is a combi oven? Everything you need to know

What is a combi oven?

A combi oven has three features in one, that allows you to cook with steam, convection or a combination of both. With one of these, you won’t need to use a separate steamer or convection oven, as a combi can replace both appliances to save you money and space in your kitchen.

They’re one of the largest and most expensive pieces of equipment you can get though, so it’s important to choose one that meets your needs.

Here we’ll tell you all you need to know about combi ovens, as well as some of the things you should think about before purchasing. 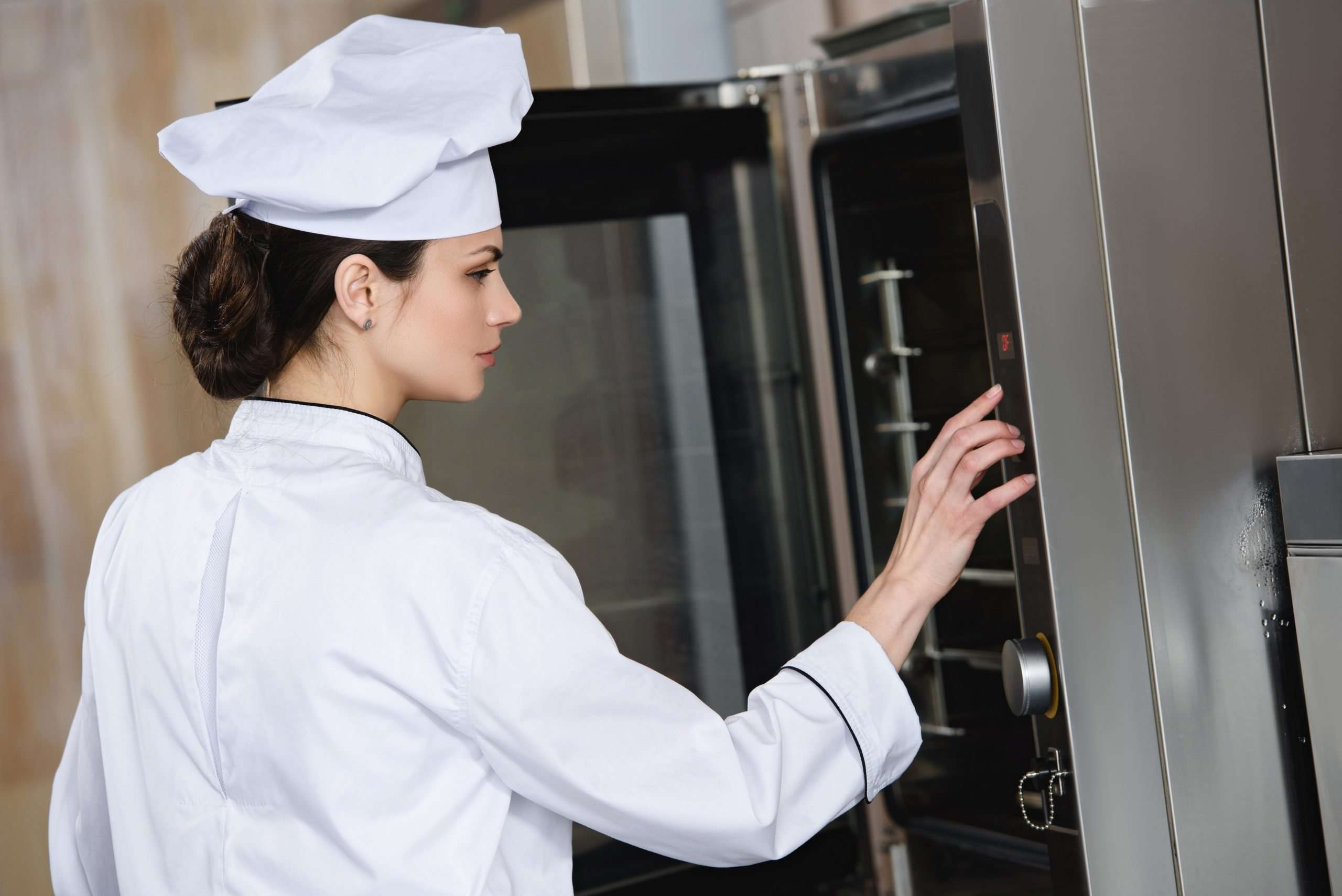 What is a combi oven used for?

One of the most versatile devices available to chefs is a combi oven. They’re able to poach, roast, steam, grill, bake, fry and sous vide food.

The convection feature is normally used to bake bread and roast meat. Hot air is forced around the oven, creating a dry heat that browns food and removes moisture.

Combination mode combines hot air and steam to cook food without losing moisture. The results are moist, full of flavour and have minimum shrinkage. Vegetables and meat will come out tender but with browning you’d expect from a convection oven.

They’re often used for breakfast – it’s easy to cook bacon, sausage, eggs and mushrooms at the same time as well as croissants and pastries. More advanced combi ovens will be able to set all the timings.

They make lunch service just as easy; cooking meat to a delicious tenderness, and baking potatoes and steaming veg to perfection. In addition, they can be used to keep food warm for extended periods of time, so if you’re doing a roast, you can always have the next joint at hand for carving.

Combis also can be crucial to an a la carte dinner service; able to delicately poach or steam fish and vegetables so they can keep all their nutrients and fresh taste. They make consistently cooking desserts a breeze, perfect for dishes such as souffle and creme brulee. 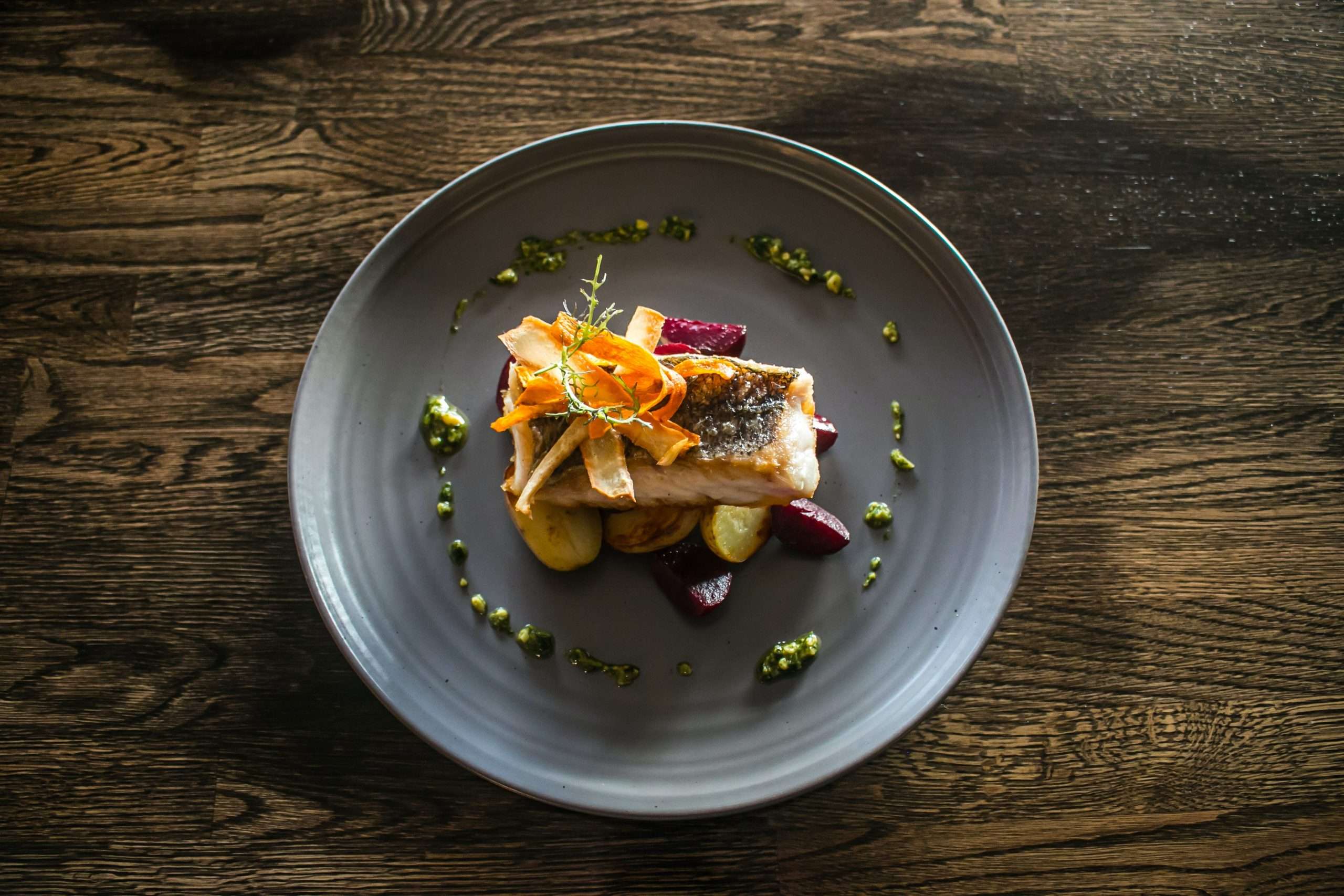 How does a combi oven work?

Fans are used to distribute heat throughout the oven – the same as a standard convection type. Depending on the cooking method, the oven can then inject water or steam into the oven to raise the humidity. The combination of heat and steam will seal in flavours and help your dish to cook faster.

If you need to remove moisture from your food, for example, to get nice crispy bacon, then the oven can vent out steam so the food can crisp up perfectly.

What are the benefits of combi ovens?

Buying a combi oven can be a big investment for your business, but is worth the initial price. Here’s why: 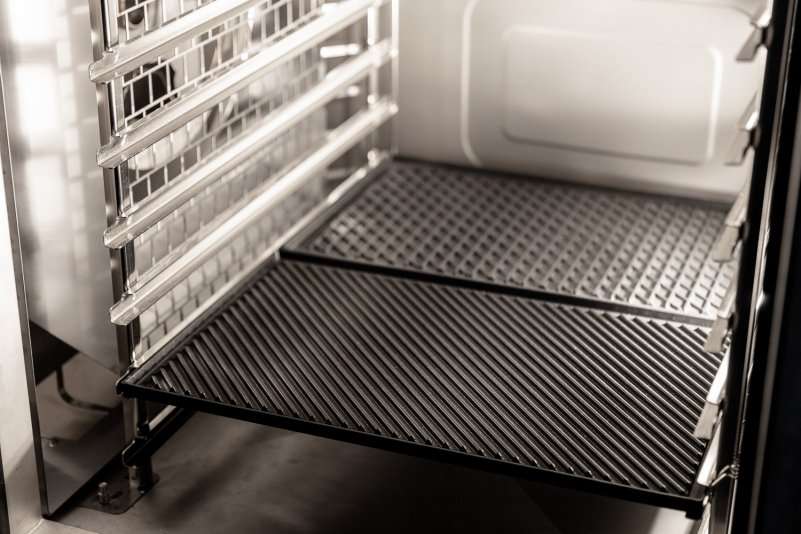 What should I look for in a combi oven?

If you’re looking to purchase a combi oven, choosing the right one for you business can save you time, space, and money so it’s important to do your research before you buy. Here’s what you need to consider:

Combi ovens can really range in size from built in compact models, to large roll-in models that can hold 40 GN pans. Some models are designed to hold full size bakery trays as well. Check what space you have available and what’s going to fit in your kitchen.

You’ll have an option of either an electric or gas power supply. There won’t be much of a different in terms of performance between these, so the decision will probably be made by your existing kitchen power supply. Gas combi ovens usually also require an electricity connection so be sure to check this.

The easier the controls, the easier your oven will be to use. You can get both manual and programmable models, but manual ovens will also have the option to pre-set cooking modes. Manual modes usually have buttons and dials, whereas modern programmable options will have large touchscreen panels.

This may come down to personal preference of your chef, as some may prefer to be more hands on, but a programmable oven will make it much easier for less experienced chefs to produce a good result.

As combi ovens produce a high volume of steam and heat, it’s crucial to have good overhead extraction.

Nearly all combi ovens will need a permanent water connection so they can inject steam during the cooking process. Mains water will contain limescale and other contaminants, so a commercial water softener is recommended to prevent build up inside the oven. Limescale build-up can really damage the oven so this should not be ignored.

Most combination ovens will have a self-cleaning cycle to leave them clean after use. However, manufacturers have their own method of cleaning the oven and different chemicals that should be used. Some will need detergent tabs, while others used a pre-mixed chemical.

Nearly all combi ovens will have a temperature probe that’s either detachable or fixed. This is used to insert into food, to provide feedback on the cooking progress so the oven can adjust temperature and cooking time.

A temperature probe will have ‘points’ that refers to the number of parts on the probe where the temperature is recorded. A probe with more points will mean higher accuracy and a better cook. Some premium ovens will have multiple probes that can be used at the same time.

Modern combi ovens will have the option to save cooking routines to a USB stick or the cloud, a useful feature for multi-site chains so you can ensure menu items are all cooked the same.

Combi ovens are generally considered to be energy efficient and can offer huge savings in both your electricity and gas consumption. They are quicker to heat, are able to cook at lower temperatures and faster than traditional ovens.

Combi ovens will still need the correct extraction system to remove cooking fumes and moisture from the kitchen.

Combi ovens do cook faster than traditional ovens, through the combination of heat and steam. This also helps to seal in flavours and reduce shrinkage.

What can you cook in a combi steam oven?

You can use your combi oven to cook nearly anything – vegetables, meat, fish, grains, pasta, bread, desserts and more.

What combi oven should I buy?

A lot of combi ovens look similar, so it’s important to do your research to decide which will be most suitable. The best combi oven will be the one that meets your kitchen’s needs.

Some models will have more advanced technology, however, you may not need the extra functionality. If your business has multiple sites though, you may want to invest more in something more advanced to save time and money on staff training.

At Gardiff, we have a range of combi ovens from leading brands Retigo and Turbofan. Contact us to discuss your requirements and we can recommend a model that will suit your needs.

What to consider when buying commercial kitchen equipment

FREE delivery, installation and equipment removal of warewashers and ice machines in the UK